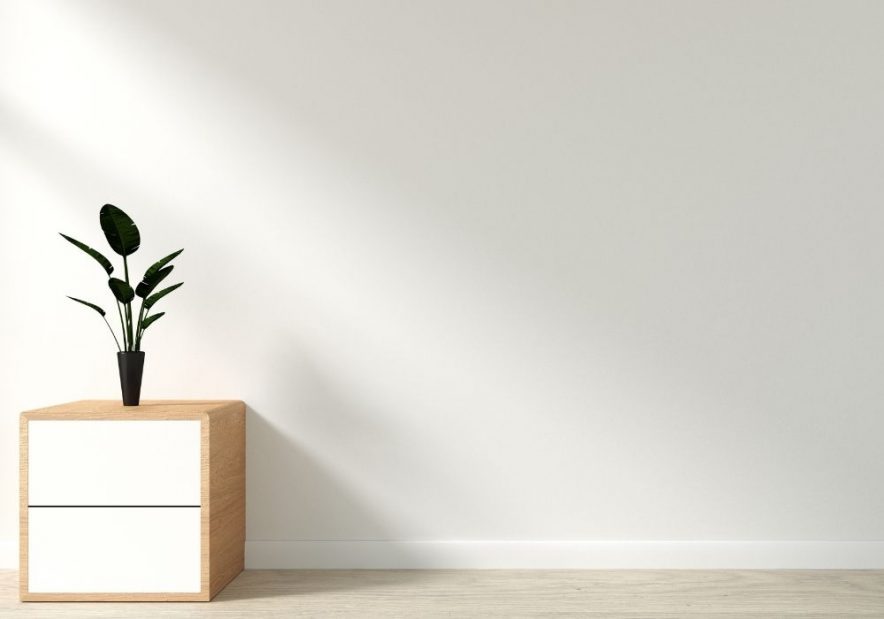 Minimalism and the minimalist lifestyle is about clearing the clutter from your home and life to make space for what truly matters. This article is an introduction to Minimalism. We’ll explore the benefits of a clutter-free life and some practical tips to help you get started when you’re ready.

WHAT IS THE DEFINITION OF MINIMALISM?

The short answer to this very common question is that it depends on who you ask! Minimalism and the Minimalist lifestyle mean different things to different people.

Some Minimalists opt for the extreme, measuring how minimalist they are by how many items they can count in their possession.

Other Minimalists are more free with the definition and interpret it in their own way, just following along with the basic principles to guide their choices and decisions in life. I fall into the latter category.

I don’t believe that there should be strict rules to follow or criteria to meet in order to describe yourself as Minimalist.

What I do believe is that there are differing degrees of Minimalism and a fair bit of latitude within that which can vary with your season in life and current choices.

Using myself as an example, if I lived on my own without a hoarder husband and kids with toys, I’d be much more Minimalist than I am now!

There isn’t a one-size-fits-all type of Minimalism that you have to abide by to be a Minimalist and so, it’s very difficult to define the Minimalist lifestyle in one sentence that suits us all!

However, there is one definition that has resonated with me right from the beginning of my own Minimalist journey. It is both suitably precise and vague at the same time because it’s open to interpretation. It means what the reader wants it to mean!

Joshua Becker of Becoming Minimalist defines Minimalism as this…

‘Minimalism is the intentional promotion of the things we most value and the removal of anything that distracts from it’.

Minimalism is, of course, about living with less clutter and owning less stuff but there is so much more to it than that.

Minimalism is a paradigm for how you live your life. Making conscious, deliberate decisions to focus intentionally on what’s important and keep out the noise and distraction of the things that aren’t so important. 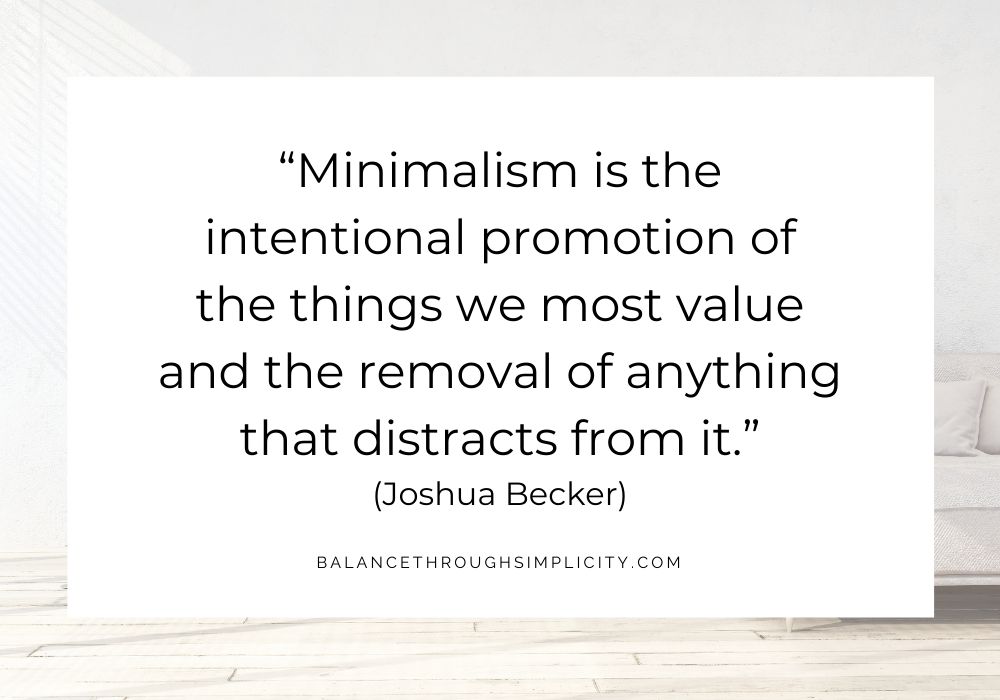 WHAT IS A MINIMALIST LIFESTYLE?

Now we’ve looked at the definition of Minimalism, let’s explore exactly what a Minimalist lifestyle is all about and why it’s so popular.

After all, if so many people are searching for ideas about how to declutter their homes and simplify their lives, Minimalism must have some pretty good benefits!

We’ll look at the benefits later, but first let’s look at Minimalist living in everyday life.

Keep in mind the definition of Minimalism that we mentioned before, that Minimalism is about being intentional with what you let into your life and what you keep out.

If this is still too broad or too vague, let me give you some practical examples in the next section to help explain a minimalist lifestyle and how it can be applied to so many areas of your life.

Many people begin their Minimalist journey by decluttering their homes. Clearing your clutter gives you more physical space, less to tidy and clean and your home is clearer, calmer and more peaceful.

After experiencing the benefits from this, many people go on to declutter other aspects of their life.

For example you could…

Consider Minimalism as a mindset, a mindset that encourages you to focus on what’s important to you in life without getting distracted by the things that just clutter and distract.

Minimalism can be applied to all areas of your life – your selfcare, finances, goals, career, calendar, time management, work, relationships and so on.

Before we look at the benefits of Minimalism and just why so many people are deciding to own less, I’d like to just quickly cover some of the biggest myths and misconceptions about Minimalism. Unfortunately, these are the things that commonly put people off from trying it out.

2. Minimalism is only for certain people

As I mentioned before, Minimalism (like people) comes in many shapes and sizes! You just need to find a form of Minimalism that works for you and incorporate it into your existing lifestyle. If you have a young family, it’s unlikely that you’ll be able to streamline your belongings into one solitary back-pack. Remember that Minimalism is about focusing on what’s important to YOU. So, for example, if you have a family, it’s likely that toys are important. Minimalism is for everyone, you just need to find a style of Minimalism that works for you.

3. Minimalism means I’m going to have to follow rules

Who said there has to be rules? And if there are any, then you can make up your own rules for your family and on your terms! One person’s Minimalist lifestyle is different to the next. Just remember the definition of Minimalism that asks you to intentionally focus on what’s important and let go of the rest. This is the only rule (if you can call it a rule) that you need to remember.

4. Minimalism means I have to throw away all my stuff

Decluttering their homes is often the first place people begin when they start exploring Minimalism but that’s because it’s the most obvious place to begin and it also has the biggest and quickest impact on most people’s lives. But it doesn’t mean that you have to throw away everything, just the things that aren’t important to you!

As a mother I firstly turned to Minimalism because I wanted to reduce the amount of stuff and clutter in my home. I didn’t want to constantly be playing catch up, overwhelmed by the mess and forever moving, tidying and cleaning it. I wanted to enjoy my kids rather than being frazzled by them!

However, my path to Minimalism turned out to have so many more benefits than what started out as a simple declutter:

In a nutshell, Minimalism led to a life with less clutter and much more free time, fun and focus on the things that are most important to me. 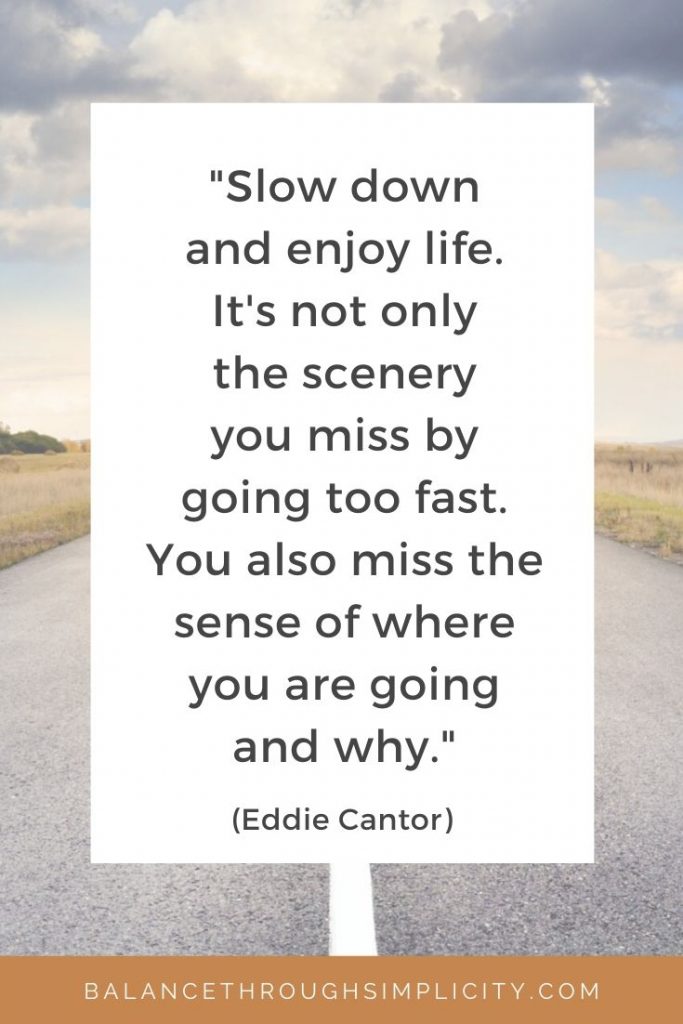 HOW TO GET STARTED WITH MINIMALISM

The key to becoming Minimalist is to find a way of incorporating Minimalism INTO your life. To find a way of weaving it into your existing lifestyle rather than making massive, profound changes that neither you nor your family can adapt to and sustain.

Most people get into Minimalism by clearing up and getting rid of their unwanted stuff. To use the popular term at the moment, it’s called decluttering!

Then they start to think about the difference minimalising their stuff has made and go on to simplify other areas of their lives by applying the same principles. For example, to their calendar, their finances, what they choose to eat, what they choose to wear and so on.

They get rid of the things they no longer want, need or love (to do, spend money on, eat, wear etc) and instead re-focus on what matters more.

The important thing to remember is that decluttering is only PART of the process to becoming Minimalist. It’s just a tool to help you get rid of your stuff.

The real value in becoming Minimalist lies in what happens afterwards. What does decluttering your home and your life REALLY give you?

The benefits are personal. For me, it’s more time, space and freedom to do the things that I and my family WANT to do, by making it quicker and easier to do the things I NEED to do. Life is happier, freer and far less stressful.

HOW DO MINIMALISM AND DECLUTTERING GO TOGETHER?

Decluttering is a vital first step to becoming Minimalist and the easiest way of seeing the greatest impact in a short space of time. But as we’ve looked at, there’s so much more to Minimalism than decluttering your home. Decluttering is just one tool or action to help you live a Minimalist lifestyle. 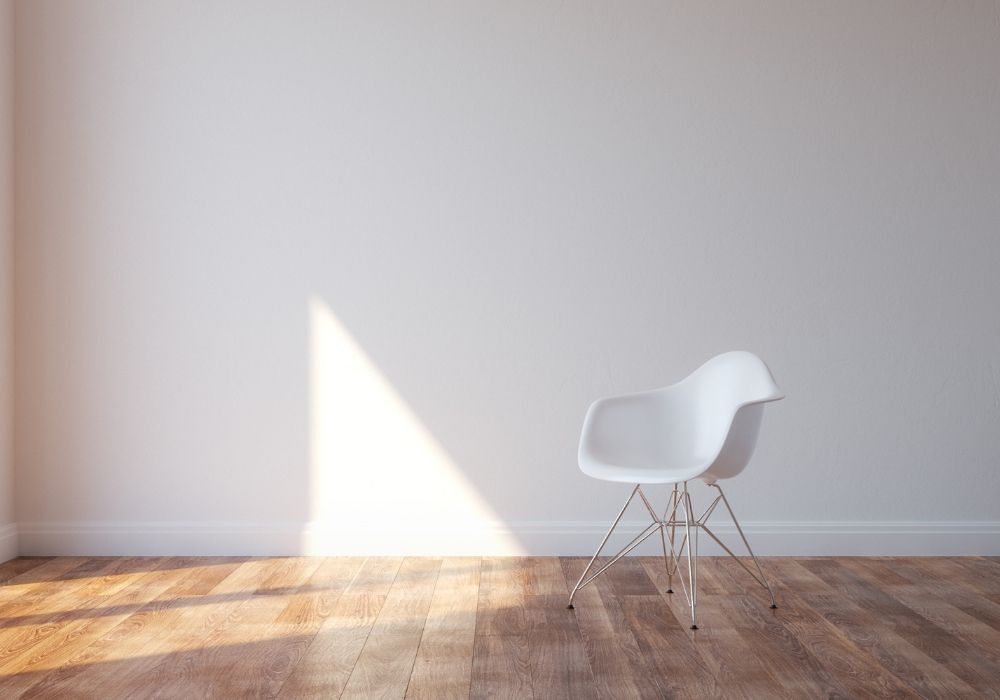 To understand and experience the benefits of Minimalism and make it sustainable over the longer term, you need to change the way you think about the stuff in your life. Not just physical stuff but diary appointments, difficult relationships, negative thought patterns, unhealthy habits and anything else that fills your physical, emotional and psychological space.

WHAT ARE THE DIFFICULTIES OF MINIMALIST LIVING?

I’d be lying if I said that Minimalist living was easy. It comes more naturally to some people than others. For example, I’m ultra-organised and prefer simple over plain any day so decluttering my home and my life of unnecessary clutter was relatively easy once I’d worked out my strategy. But many people find it difficult in the beginning.

Some of us place more attachment to possessions than others for a variety of reasons:

Apart from the logistical side of decluttering your home, Minimalism as a lifestyle requires you to be intentional, deliberate and purposeful. We’re not always used to being like that as often we just wing it through life, hoping for the best and seeing what comes up!

In my experience, the key to making Minimalism work for you and overcoming any obstacles is to understand:

Minimalism isn’t about making you live with as little as possible. Instead it’s about creating space for what’s important to you by removing anything that’s not so important.

If you’re ready, take your first step today by clearing your clutter. I’ve created a free workbook to help you get started.

Click here for more information about my Declutter Starter Kit or pop your details in the box below to get started right now!

We use cookies to ensure that we give you the best experience on our website. If you continue to use this site we will assume that you are happy with it.OkNoRead more