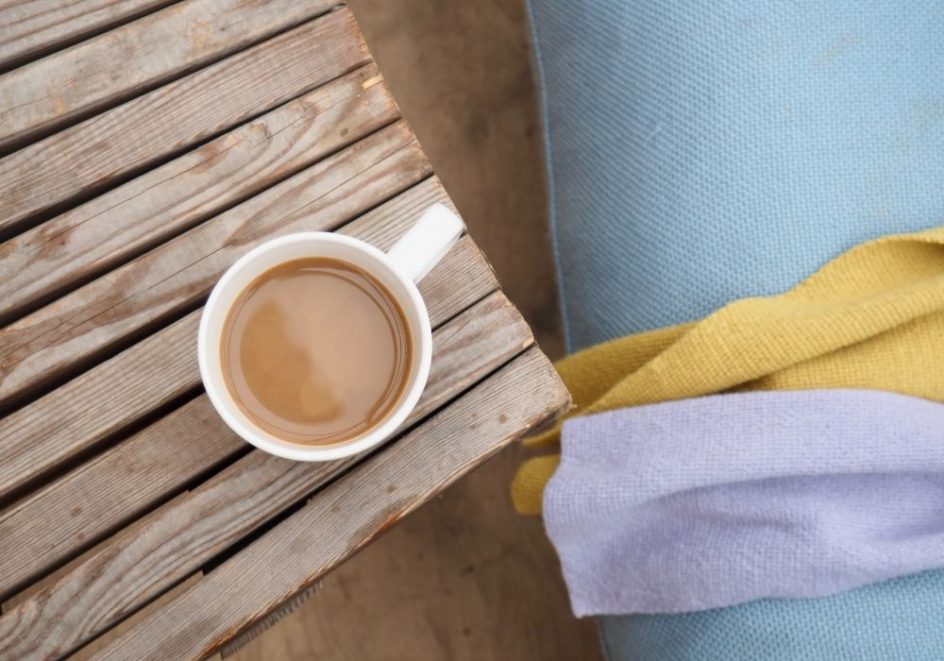 3 WAYS TO BE LESS BUSY

In today’s world it’s easy to find ourselves too busy. We fill our time with things that we feel we should do or need to do. Yet we don’t leave time for anything else. Check out this post for 3 ways to be less busy. There are tips to help you prioritise what’s important, find time for yourself, create calm and peace and still get done what you need. Here are 3 ways to be less busy.

WHY WE GET SO BUSY

Being busy can catch up on us if we don’t watch out and deal with it. Our days run away with us, our calendars get booked up and the weeks slip by.

When school finishes for the day, our kids ask us to do something with them or play a game. Yet we say we can’t because there’s too much to do – homework, after school clubs, making dinner, housework.

When we want to enjoy a day trip at the weekend, we suddenly remember that we’ve already planned it out with military precision, filled with jobs that we don’t have time to complete during the rest of the week.

Our free time is mapped out with things to do and places to be. Busy, busy, busy… but are we busy doing the right things? And, if not, how do we become less busy?

3 WAYS TO BE LESS BUSY

I know it’s difficult to say no sometimes. When a friend invites you for coffee or one of the parents at school asks you to help with a fundraising event, saying no seems unfriendly or unhelpful.

Sometimes it’s also tough to know how to say no. When we can’t find the courage to say no right from the off, or at the very least say “Can I have a think and let you know later?”, we stumble and give in.

We often say “yes” when actually we’d like to say “no”.

Yet, saying no is something that gets easier with practice. The more times you find ways to say no, the more comfortable you’ll feel saying it!

The other thing to understand is that saying no isn’t about saying no. It’s actually about saying yes to something else. You only have a finite amount of time in your day so it’s impossible to say yes to everything!

When you say no to something that you don’t really want to do, or won’t serve you, or isn’t about a priority for you right now, then you’re actually making space for something else that IS more important to you.

Your time is valuable so you can choose to use it doing something that others want you to do, or you feel you should do

You can use it doing things that are important to you.

It’s not a question of being selfish, unhelpful or ungrateful. It’s about you taking ownership of your time, evaluating where your priorities are right now (more about priorities later) and having the willpower and courage to put YOUR priorities first, rather than those of other people.

Of course, when you say no, the person asking you might get upset, try to persuade you or make you feel bad, but that often says more about them than about you. You might have been letting them off the hook by saying yes and now they have to find someone else. Or they might need help with something, in which case they’ll need to find help elsewhere. But that’s not your problem!

Make things a priority if you really feel they’re important but learn to say no to the other things that just take up your time without giving you little in return. 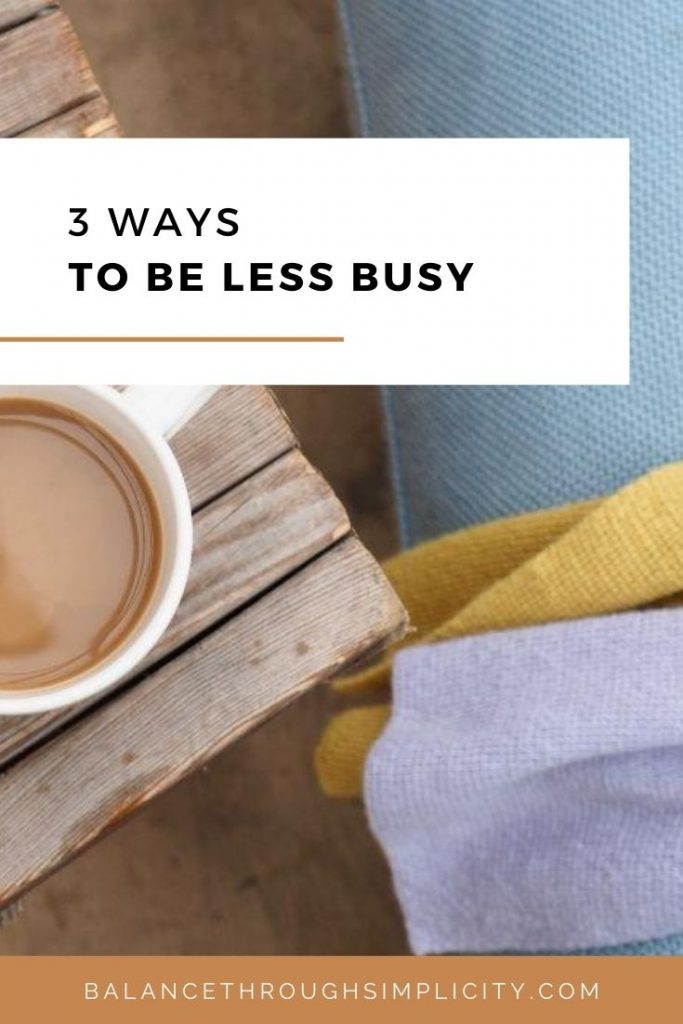 The key to getting things done without being consumed by the millions of things on your To Do list or in your calendar, is to prioritise. You can’t DO everything or BE everywhere so choose what’s important to you at the present time and prioritise that.

If something’s not a priority, it can wait. That doesn’t mean you won’t ever do it, or it’ll never be important to you. It simply means that it’s not a priority right now.

Working out what our priorities actually are can be tricky. Sometimes, things that aren’t a priority can still shout the loudest.

The key to getting your priorities right is to spend a little time each day planning your To Do list carefully.

#3 Understand the value of not being busy

Lastly, I think it’s worth looking at how we think about being busy. Today’s world is moving so fast that we often feel we have to be busy to keep up with it.

If we’re not busy then we’re not important, not popular, not of value. Really?

We shouldn’t think of being busy as a status symbol or badge of honour. It’s not a measure of who has the fullest life, the most friends or the most fun.

Busy also doesn’t mean you’ve got so much to do that you can’t stop for breath, your home will fall apart, your friends won’t like you or the world will stop. There’s much to be said for finding calm in a busy day.

Being busy is largely just a frame of mind that picks us up and sweeps us along. Like a fast-moving river. Unless we think carefully before we jump in about how we can get out again, we risk being taken along in the current.

Instead of stressing about how busy you are, ponder instead on the value of being less busy. What could you do with your time if you WERE less busy? Could you:

You might find that, when you think about it, many, if not all, of the things I’ve just listed are way more important than some of the things you’ve got in your calendar or on your To Do list right now. But are you so busy that you’re not able to do them?

It’s also worth remembering that being busy doesn’t mean you’re being productive. Sometimes we can look busy but still not be getting things done.

Find quicker ways of doing things and be more productive and/or stop wasting time. That way you’ll find you can get done what you need to, but you’ll also be able to carve out some more free time to do what you want to.

Learn to value your free time because this is when your body re-charges and your mind restores itself.

The world won’t stop just because you’ve sat down for half an hour (ok, you might still have an eye on the kids) or you say no to making those cakes for the school fundraising sale (buy them instead this time?) because you want to go to the park with the kids.

We all need free time to get inspired, find peace and calm, take a break from the things we have to do and be able to do more of what we want to do.

Learn to be intentional about what you say yes to, prioritise what’s really important and value your free time. Don’t feel guilty! Enjoy it and feel the benefits!

If you struggle with motivation, consistency, dealing with distractions, managing your time and prioritising getting the right things done, then maybe I can help?

Maximise Your Time is my popular little time management course. We’ll explore how you use your time, ways you can be more productive and find more time for the things you want to do, not just what you have to do.

There are actionable challenges, simple tasks, a beautiful workbook and a series of step-by-step online lessons to help you declutter and make the most of your precious time.

Click here to read more about Maximise Your Time and how it could help you!