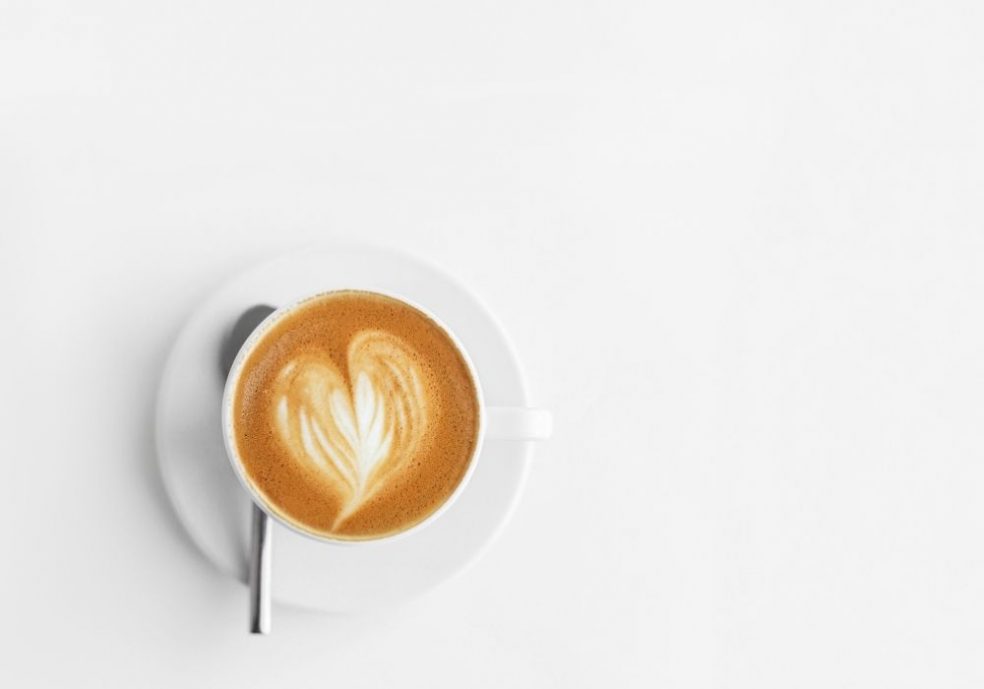 A HELPFUL GUIDE TO THE MINIMALIST LIFESTYLE

The Minimalist lifestyle is about clearing the clutter from your home and life to make space for what truly matters. This article is a helpful guide to the Minimalist lifestyle. We’ll look at how living with less can lead to a life of so much more and offer you some practical tips to get started when you’re ready.

WHAT IS A MINIMALIST LIFESTYLE?

A Minimalist lifestyle means different things to different people so really it depends who you ask!

Some Minimalists opt for the extreme, ‘measuring’ how Minimalist they are by how many items they can count in their possession.

Other Minimalists are more loose with the definition and interpret it in their own way, just following along with the basic principles to guide their choices and decisions in life. I fall into this category!

I don’t believe there should be strict rules to follow or criteria to meet in order to describe yourself as a Minimalist.

What I do believe is that there are differing degrees of Minimalism and a fair bit of latitude within that which can change as you move through the different seasons of life. Using myself as an example, if I lived on my own without a hoarder husband and kids with toys, I’d be much more Minimalist than I am now! 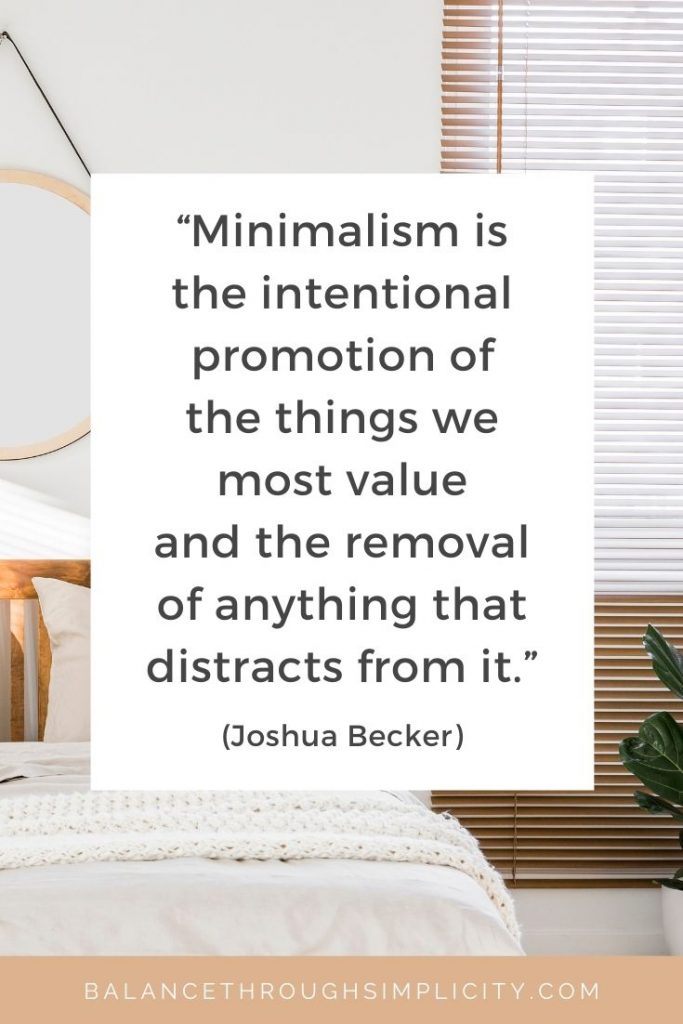 MY FAVOURITE DEFINITION OF MINIMALISM

There is one definition that has resonated with me right from the beginning of my own Minimalist journey. Joshua Becker of Becoming Minimalist defines Minimalism as this…

‘Minimalism is the intentional promotion of the things we most value and the removal of anything that distracts from it’.

For me, the Minimalist lifestyle is about having less of the things that don’t add value to my life. In return, I have more time, space and freedom for the things which do. It’s about understanding and prioritising what’s important to me in life. Not about counting how many handbags I own or stressing whether my kids have left their toys out.

My interpretation of the Minimalist lifestyle might be different to others. However, I hope you’ll find some inspiration or ideas to take away with you if you’d like to explore a life with less (or should that be so much more?) for yourself!

Many people begin their Minimalist journey by decluttering their homes. Clearing clutter gives you more physical space, less to tidy and clean and your home is clearer, calmer and more peaceful.

After experiencing the benefits from this, many people go on to declutter other aspects of their life, including self-care, finances, goals, career, calendar, work, relationships and so on.

For example you could…

Consider Minimalism as a mindset. A mindset that encourages you to focus on what’s important to you in life without getting swayed by the things that just clutter, distract and pull us off course. 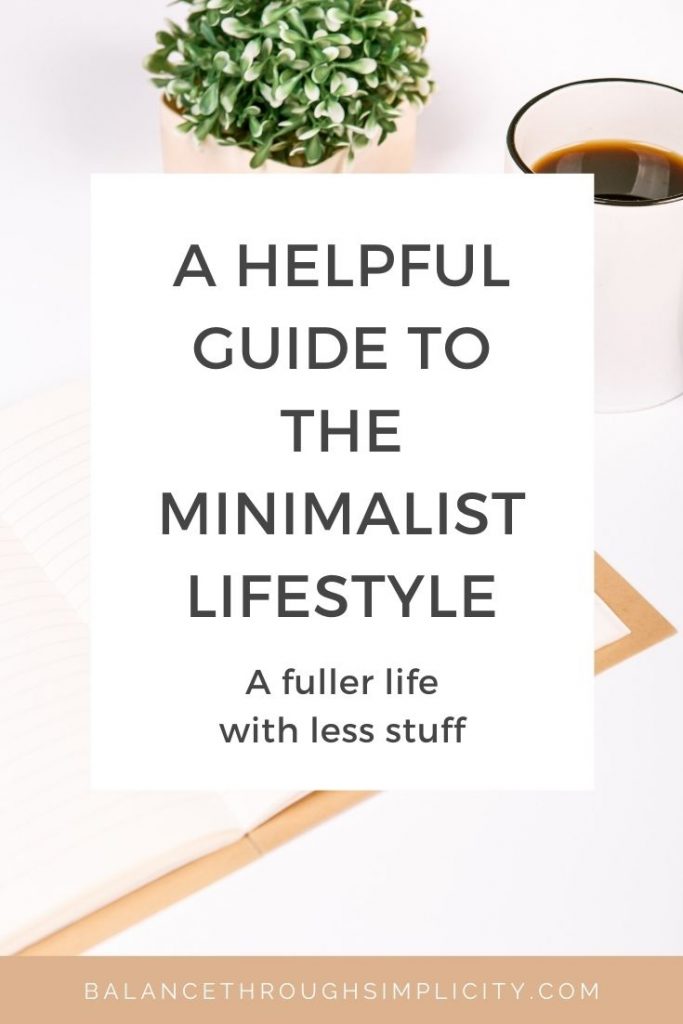 Before we look at the benefits of Minimalism and just why so many people are deciding to own less, I’d like to just quickly cover some common myths and misconceptions about Minimalism. Unfortunately, these are the things that often put people off from trying it out.

Who said there are rules and if there are any, then make up your own rules for you and your family! One person’s Minimalist lifestyle is different to the next. Just remember the definition of Minimalism encouraging you to intentionally focus on what’s important and let go of the rest. This is the only rule (if you can call it a rule) that you need to remember.

3. Minimalism means throwing away my stuff

Decluttering is about getting rid of the things you don’t need but that doesn’t mean you’re throwing away your uniqueness or self-expression. If you want a wall stuffed full of artwork, forget bare white walls. Love clothes? Keep as many as you want. If you love DIY, get as many drill bits as you need. You do you and if you want to keep something because it’s important to you then do that. Minimalism is determined by so much than counting your belongings or checking the rule book.

THE BENEFITS OF MINIMALISM

As a mum of young kids, I first explored Minimalism because I wanted to reduce the amount of stuff and clutter in my home. I was fed up of playing catch up, overwhelmed by the mess and forever moving, tidying and cleaning it. I wanted to enjoy my kids rather than being frazzled by them!

Over the years, my Minimalist lifestyle has turned out to bring so many more benefits than what began as a simple declutter. I have more time, energy, freedom and better, stronger relationships. I also have less stress, less time doing housework, less debt and, importantly, a clearer vision of what I want out of life and how I’m going to achieve it.

HOW TO GET STARTED WITH MINIMALISM

The key to enjoying the benefits of a Minimalist lifestyle is to find a way of incorporating the values and principles of Minimalism into your life in slow, steady steps. Throwing everything out, without understanding why, just won’t work in the long term.

Many Minimalists start out with decluttering their homes. Decluttering is a useful way of clearing the clutter, creating a bit of time and space so you can lean into your next steps. It’s where you can see and feel the benefits of living with less.

From there, it’s a question of evaluating your life. Consider what’s important to you and what’s just getting in the way of that and then deal with it. This could be what’s in your schedule, where you spend your money, what you cook for dinner. It’s about changing your habits and being mindful of the decisions you make on a daily basis and where they lead. 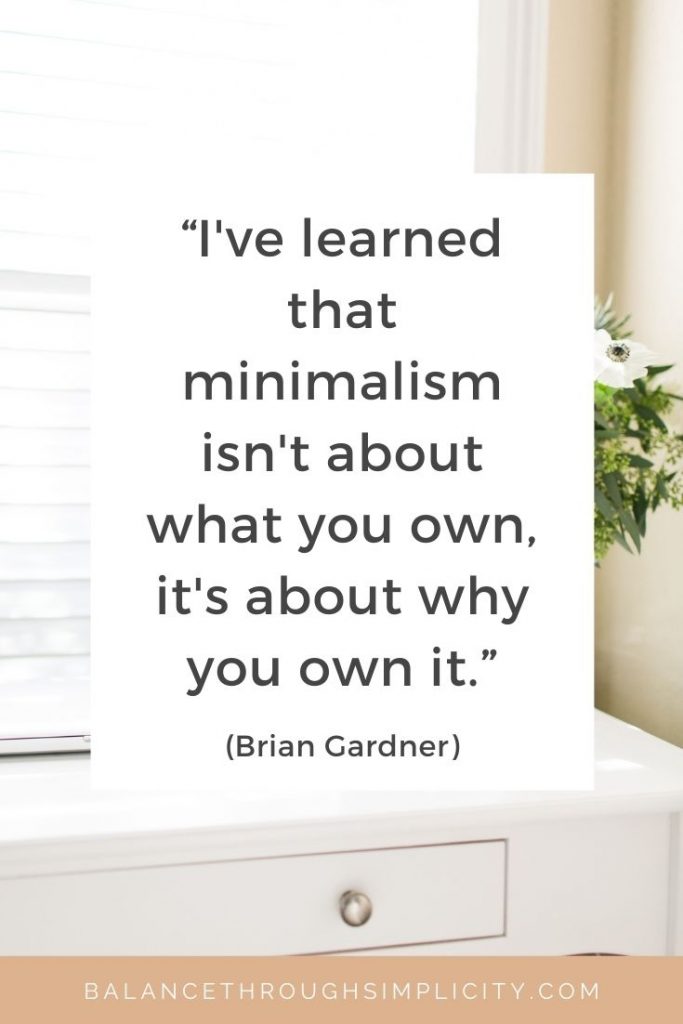 THE RELATIONSHIP BETWEEN DECLUTTERING AND MINIMALISM

Decluttering is an important first step to becoming Minimalist and the easiest way of seeing the greatest impact in a short space of time. But as we’ve looked at, there’s so much more to Minimalism than decluttering your home. Thinking of it another way sometimes helps. It’s possible to declutter without being a Minimalist but it’s not possible to be a Minimalist without decluttering.

To understand and experience the benefits of Minimalism and make it sustainable over the longer term, you need to change the way you think about the stuff in your life.

Ask yourself, for example, how you’re going to guard against the clutter trying to creep back in? How will you resist temptation in the shops when you spot something on offer but that you can’t afford?

A Minimalist mindset means being aware of clutter in all its forms. Not just your physical stuff but diary appointments, difficult relationships, negative thought patterns, unhealthy habits and anything else that fills your physical, emotional and psychological space without adding value in some way.

WHAT ARE THE DIFFICULTIES OF MINIMALIST LIVING?

I’d be lying if I said that Minimalist living was always easy. It comes more naturally to some people than others. For example, I’m ultra-organised and prefer simple over plain any day so decluttering my home and my life was relatively easy once I’d worked out my strategy. But many people find it difficult in the beginning.

Apart from the logistical side of decluttering your home, a Minimalism lifestyle requires you to be intentional, deliberate and purposeful. Many of us find this difficult at first especially if we have no clear vision for what we want out of life or we’re looking for a quick-fix solution to a bigger problem.

In my experience, the greatest benefit of becoming Minimalist depends on:

If you’d like to explore what a Minimalist lifestyle could mean for you, here are some resources which you might find helpful:

Minimalism isn’t about making you live with as little as possible. Instead it’s about curating space in your life for what’s important to you by mindfully removing anything that’s not.

If this sounds like something that could help you, take your first step today by clearing your clutter. Pop your details in the box below to get your free workbook and get started right now…